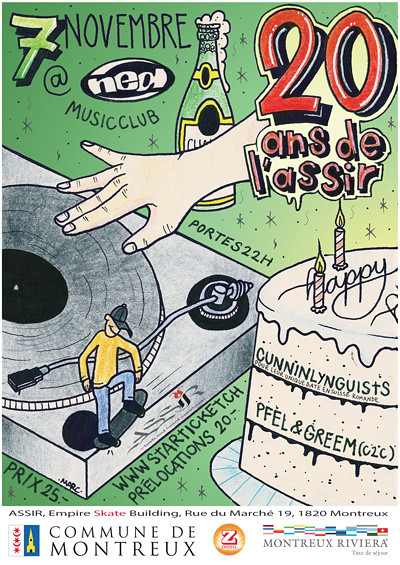 Element invited riders … there is like a problem … more info coming, hopefully 🙁

(+ many prizes provided by Nixon, Volcom, Element and Cliché)

Saturday 7 from 9AM street and minicamp contests , junior categories (-16 years), senior (16+) and pros ; participation of invited pros minimum for demos, but perhaps depending on their motivation they will also participate in contests pros; if there are other pros who come to challenge them 😉 Number of places limited, pre-registration highly recommended !!

ASSIR president talks to you, in french :